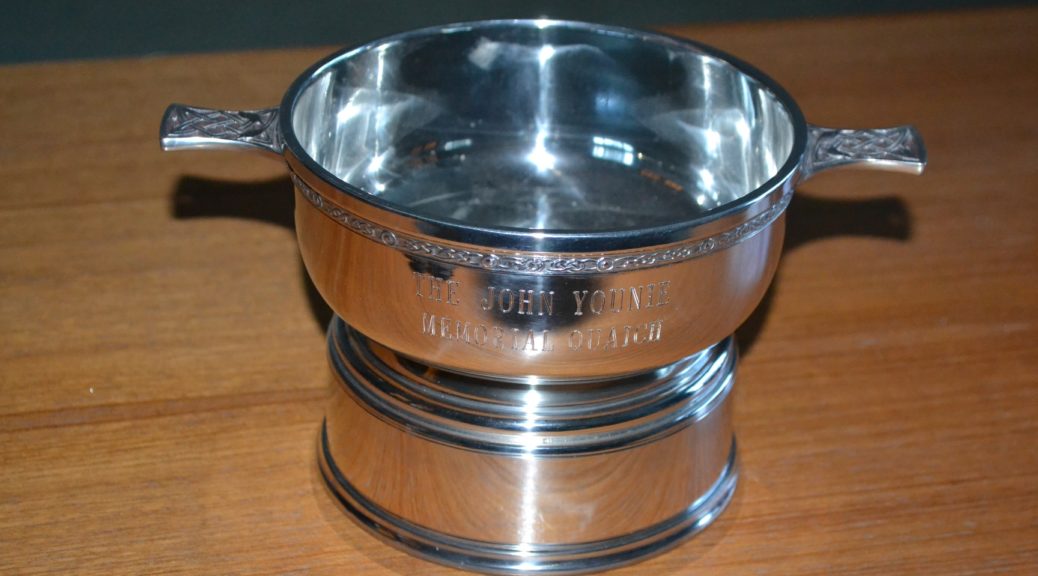 Long standing member, Richard Mackintosh has purchased a new trophy for the club, which will be awarded at the ‘Big Night Out’ on December 7th 2018 to be held at Fairways Leisure.
It is named the ‘John Younie Memorial Trophy’ for the best performance by an Inverness & District MCC member in the Scottish Six Days Trial annually. This is not an official award of the SSDT; this is an official award of the IDMCC only to bona-fide club members who take part in the annual event.
John Younie was a farmer and IDMCC member from Drumnadrochit who competed in club and national trials. Richard, or Dicky Mac as many of us know him as, was a riding buddy of John Younie and he thought it appropriate to dedicate the trophy in John Younie’s memory.
This years’ winner is: Ross Murray who came home in 111th position on 274 marks.