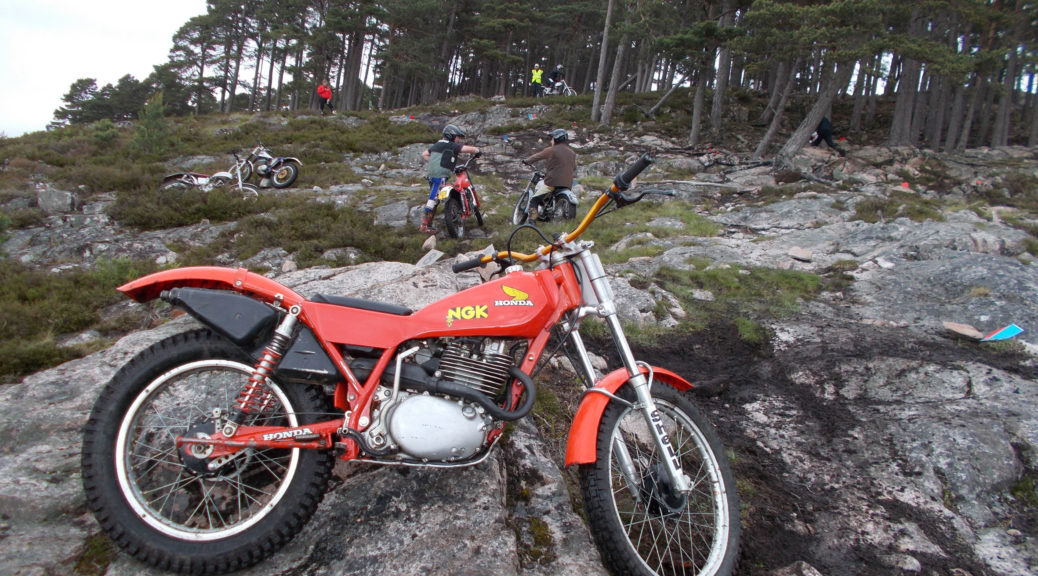 1. The Company Trials Championship, (known as the Inverness & District Motor Cycle Club Ltd Championship), will be decided over a maximum of FIVE rounds in any one year, with the best FOUR scores to count. However, if there is a tie after the FOUR rounds then this will be resolved by (a) totalling the marks dropped over all the rounds and if necessary, (b) a ride off over 5 sections.These rounds may be organised by either club (IDMCC or ITC).

2.  The Youth B,Inter and Junior Championships shall be counted over all FIVE rounds.

4. The Company Champion and Runner-up will be decided over all FOUR scoring rounds and points will be: 1st Overall = 6 points, 2nd = 5 and so on until 6th = 1 point.

5. Awards will be issued to the best 3 riders in each class subject to minimum numbers as well as the Company Champion and Runner-up.

6. ALL ADULT AND SENIOR YOUTH RIDERS MUST OBSERVE ONE ROUND OF THE CHAMPIONSHIP.

7. ONLY RIDERS WHO HAVE OBSERVED A ROUND WILL BE ELIGIBLE TO SCORE IN THE CLUB CHAMPIONSHIP.

8. The Company Championship will be run under SACU No-Stop rules and regulations. Events may be run under either SACU permit (IDMCC) or AMCA permit (ITC) depending on which club organises the event.

11. All riders must follow the flagged route during a trial – penalty of exclusion for failure to comply.

12. All sections must be ridden in sequence and only once per lap – penalty of exclusion for failure to comply.

13. Riders are not permitted to practice in sections before or during a trial.

14. Each Senior Youth and Adult club member who is an SACU licence holder, must be prepared to assist with the organisation, setting out and/or observing etc. of trials when requested. Failure to do so may result in non-renewal of membership, which will be at the discretion of a Disciplinary Committee.

15. A Disciplinary Committee will consist of the Chairman, Secretary and a minimum of 3 other committee members.

16. In view of the dangers inherent with motorcycle trials, it is a condition of membership that members (and parents/guardians) accept the risks involved and agree not to pursue any claim against the club, its officials or fellow members in the event of incurring any injuries or damage to themselves or their property while actively participating or competing, in the event of any allegation of negligence on the part of the club, its officials or members. All entrants MUST complete and sign an official entry form for each event, otherwise the entrant will not be allowed to start.