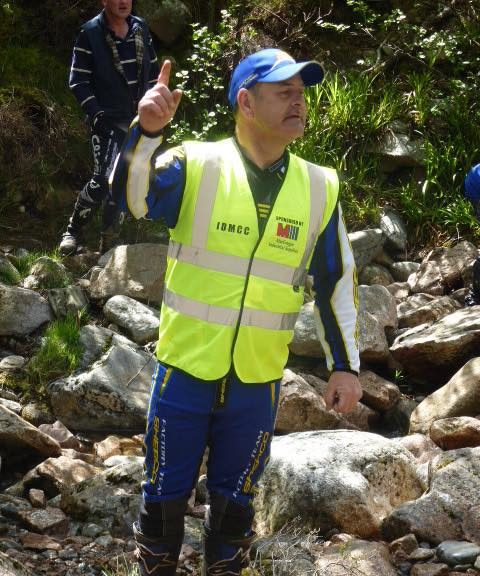 This page  is for information about observing and setting out IDMCC events: 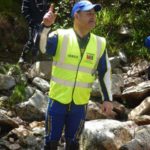 As of 2019, a new structure as to who will ‘set out trials’ will be implemented. As discussed over numerous committee meetings it has been agreed that from 2019 each committee member will be allocated a trial in the year at which they have to organise club members to set out alongside themselves.

The aim is to help introduce club members who are novices to ‘setting out a trial’ by grouping them with an experienced club member to set out an event.

For many year’s events organised by the club have been set out by the same small handful of members and a line must be drawn before these helpful individuals no longer want to offer their services thus causing trials and the club to suffer.

Once the dates of 2019 events are confirmed, be expected to be contacted by a member of the committee regarding forth coming events asking for your assistance. If you wish to put yourself forward for events held in a certain location please do so as the club and committee will be very grateful.

Anyone member who agrees to an event but then has to pull out must find a member to replace them.

Club rule 14 states: ‘Each Senior Youth and Adult club member who is an SACU licence holder, must be prepared to assist with the organisation, setting out and/or observing etc. of trials when requested. Failure to do so may result in non-renewal of membership, which will be at the discretion of a Disciplinary Committee.’

Setting out of an event allows those who assisted to participate in the event free of charge. And at the yearly award their name will be entered into a prize draw.

Any club member (that is not part of the committee) who would like to come along to committee meeting is welcome to do so, to see and have an input on items that will be discussed.

You may actually enjoy the experience of helping YOUR club.

The Inverness and District MCC committee would like to thank all club members for their continuous support over previous years and for years to come.

A Guide to both Riding and Observing at Trials

This document is an explanation for the rules of solo observed trials as used by SACU affiliated clubs. These rules are based on the ACU rules for non-stop solo trials (TSR22B).

A rider riding a section without footing or failure penalty as described below shall be unpenalised and given a clean.

Footing will be considered to have occurred if any part of the rider’s body touches the ground or the rider benefits from any part of their body leaning on an obstacle (tree, wall etc.), without stopping the progress of the machine. Footing outside the lateral limits of a section does not constitute a failure but should simply be classed as footing. Forward motion must be maintained at all times otherwise the rider will be penalised for stopping as outlined below.

A failure is considered to have occurred if:

1.
The machine ceases to move in a forward direction – no matter how brief the period  – The words tell you it’s a STOP!
2.
The rider dismounts from the machine. Dismount will be deemed to have occurred when both of the rider’s feet are on the ground at the same side or behind of the machine.

The observer shall use their discretion and apply the rules fairly and consistently at all times.

If the rider moves either wheel to the side If the machine is moving backwards, With-out forward motion = 5 Marks with or without footing = 5 Marks.

The machine crosses its own tracks by doing A third party touches the rider or machine a complete loop = 5 Marks To push on the tape or remove a natural obstacle.

It is a failure to displace a marker. By definition, to touch a marker is to displace it from its static position. An exception would be if the marker, tape or flag were to be blown against the machine. (The Scottish Six Days Trial differs slightly in that if a machine touches or runs over a marker even although it is not dislodged this carries a 5 mark penalty)

A baulk is deemed to have occurred if a rider, whilst attempting an observed section, is prevented from making a bona-fide attempt due to some outside obstruction. Should a rider claim a baulk, the observer may, at their discretion, allow a rerun of the section. The observer’s decision as to whether a rerun is permitted is final. Should a rerun be granted, any marks lost prior to the point of the baulk on the original attempt shall stand, and the section shall be observed from the point of the baulk.

 Choose your observing position carefully. Avoid having to move around whilst observing.

 Be prepared to define the section route(s) and its limitations to riders that ask.

should check the section prior to the first competitor arriving.

position, so walk the section carefully so as to be familiar with the route and all the markers.

 Make rider’s aware that you are the observer.

 Give a clear signal to the waiting rider that you are ready and that they can begin the observed section.

 Don’t allow yourself to be distracted whilst observing.

 Make sure that the section is clear and that any moved markers are replaced before permitting the next rider into the section.

 It is always the responsibility of the rider to inspect a section before riding it. The Observer is not responsible for pointing out any changes that may occur in the section, moved rock etc, to following riders. The only exception to this being a Clerk of the Course authorised change, in which case the observer need only advise all subsequent riders that there has been a change.

 In case of uncertainty, give the rider the benefit of the doubt and never be swayed by other competitors or spectator’s comments or advice, it is your decision that counts, not their’s!

 Report any abusive behaviour and the perpetrator to the Clerk of the Course.

 The SACU recommend the use of up to four routes on all trials and in particular the Championship trials it is mandatory.

They will normally start and end at the same set of cards. The Red route is marked with Red Arrows on both sides, forming a “gate” usually for Experts only. The main routes are Blue or Green and are marked with Blue/Green Arrows left and right pointing inwards again forming a “gate”. The right and left route markers should be easy to follow as they will be preceded by start cards identifying the entry direction. The Yellow Route is aimed at newcomers/Youth C, D & E/first year licence holders and is marked out with Yellow arrows on both sides similar to the above. All routes are clearly visible on the rear of the markers, defined with circles of corresponding colours to the route.

Each observer should carry the following to assist in his or her duty.

 A card punch issued by a club official. (Please test punch a card at the signing on area prior to leaving for the section.

The club endeavours to keep it’s punches in good working order but not all of them produce a good clear punch hole.)

 A waterproof pen. (The club will issue this). The pen is used for noting any disputes and card punching errors (Please check that the pen is working before leaving for the section).

 A piece of paper for taking notes on. (This will be issued by the club)

 Trials are often held at places and times of the year when the weather can change rapidly. You will be on duty for a prolonged period and should ensure you carry suitable clothing for changes in the weather. An umbrella is also worthwhile. (None of this is provided by the club)

 You will be issued with a “raffle ticket” at the end of the trial. This entitles you to a meal from the catering unit. You may wish to take food/etc. with you for the day. In winter a flask containing a hot drink is a good idea though the club does not provide this.

The object of the trial is for everyone, not just the riders, to enjoy themselves! Almost all the riders will have observed a trial or trials in the past and understand how important your duty is. They should treat you with respect and appreciate the time you are giving up for them to ride. Don’t take your job too seriously. Disputes are extremely rare and should be left for a club official to sort out at the end of the event. Inform the rider that you are going to leave any difficult decision to the club officials and send them on their way. Good humour will usually win out.